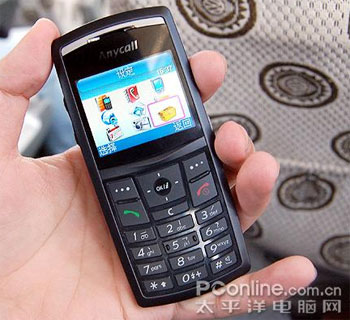 Motorola may have been the company that made thin phones such a hot commodity thanks to its RAZR, and now the SLVR, but Samsung of Korea has taken the concept and ran with it. They’ve thrown in just about every phone function into the skinniest of handsets, and as any regular visitor to Mobile Magazine would know, Samsung makes the news just about every day with something new. Today is no different, because the Korean phonemaker is reclaiming the skinniest phone title from VK Mobile, thanks to is latest release, the X828 candybar.

It’s funny, really, because so many of these terms that we’ve grown accustomed to – like candybar and clamshell – seem a little out of place when it comes to a handset that is less than 7 millimetres thick. They’ve still managed to shove a 2.0 megapixel camera in the tiny handset, in addition to a built-in media player, 80MB of internal memory, and Bluetooth connectivity. The display isn’t the biggest at a mere 1.9-inches of TFT LCDness, but it suits the phone just fine.

No word on pricing, but Samsung is only making a CDMA version of the X828.