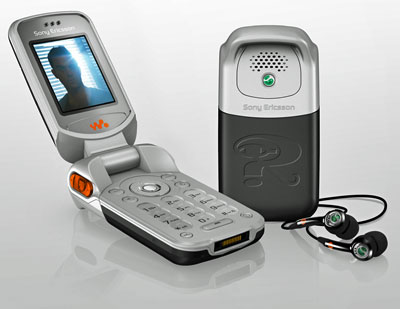 I haven’t heard a Robbie Williams song on the radio lately, but then again, I’m usually jamming away to my MP3 player anyways. However, for all you blokes over in the United Kingdom, you’re about to be overrun by his ‘musical genius’, so to speak, because Sony Ericcson is launching a version of its W300i Walkman phone that was “creatively influnced” by the singer.

To be carried by T-Mobile, the handset will come pre-loaded with some exclusive Robbie Williams content, from previously unreleased “live” video clips and songs from his 2006 World Tour to a variety of wallpapers, ringtones, and animations featuring the pop artist. Flip the phone over, and reveal a cheesy-looking Robbie Williams logo embossed into the case’s rear end. If that’s enough to get all you groupies to do backflips over, they’re also including two additional “skins” to personalize the phone.

Standard features include EDGE capabilities, a 4x digital zoom camera, WAP connectivity (to Robbie Williams’ site), and, of course, MP3 playback. No word on pricing or when Robbie will be hitting your purse.