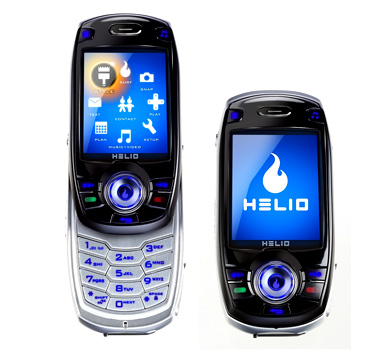 Helio is a joint venture between SK Telecom and Earthlink, the American MVNO is hoping to capture the higher end of the market with the forthcoming release of their Pantech “Hero” slider phone. It comes packed with some awesome features that are sometimes hard to come by outside of Korea and Japan.

The brilliantly designed Hero features a vibrant 2.2-inch QVGA TFT display, which while not the largest in the world, is adequate for watching all your favourite videos and movies on. You’ll also be able to blast out some rockin’ tunes with the integrated music player and full duplex speakers, but storing it all on the internal 70MB of memory might be a bit of challenge. Have no fear because there’s a T-Flash card slot for expansion. And yes, there most definitely is a camera here as well, a 2.0-megapixel shooter complete with flash, in fact.