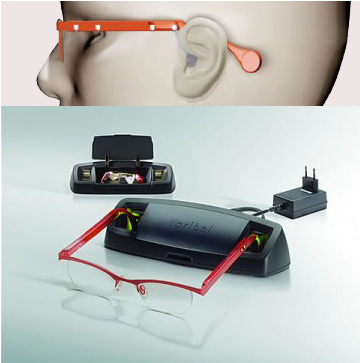 The glasses are equipped with a series of microphones, eight in all, that help the wearer separate conversations from background noise. And we all know that telling the difference between the two is one of the toughest things that older or damaged ears have to do.

You can control the volume of the microphones, so you aren’t deafened by quiet conversations. The glasses also act as glasses as well and can accept prescription lenses.

The eyeglasses were developed by the Delft University of Technology, out of the Netherlands, and will be released only in that country originally.

Although appearing to be a great idea, it does put the wearer into a very vulnerable position. Not only won’t they be able to hear when they take off this device, but now, thanks to Delft University, they won’t even be able to see.