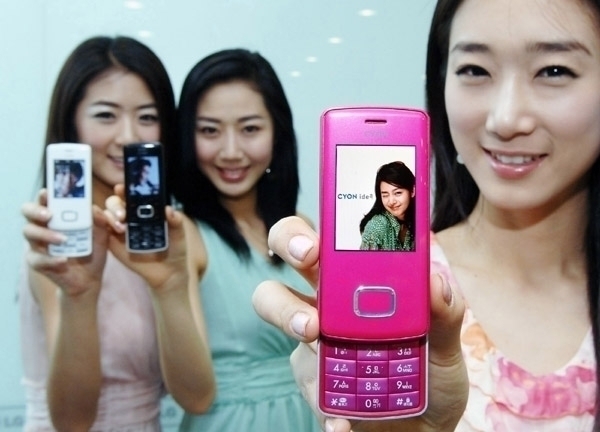 In the last little while, we’ve come across a huge variety of pink Motorola RAZRs from American wireless service providers, but the concept of colourful gadgets is nothing new to the Japanese and Korean public.

Sure, the LG skinny sliding Chocolate phone is great and all, but with such bland colors like black and white being the only choices, a certain demographic has been ignored. That is, until now, because the electronics giant is set to “come out”, if you will, with a pink version of its SV590.

The form factor remains unchanged, and the feature set is exactly identical to its brethren, so the only thing that is different about this rendition of the popular LG handset – which has sold 350,000 units thus far, and counting – is its expressively chic exterior.

This phone that “will appeal to young ladies, who are keen on fashion,” according to LG managing director Seon Ha Cho, is even being planned for a US launch. Imagine that.