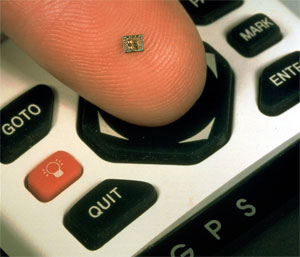 We have all these portable devices now making our data less secure than ever. So what do upi dp?

IBM is in the process of what it says is a CPU revolution. The American computer and chip maker is poised to reveal a series of procedures that will increase data security by including encryption within the very framework of those devices’ processors.

SecureBlue is the name of the circuitry set, and IBM says that there is manufacturing barrier to implementation. In other words, their ideas will work no matter who makes the device. This would seem to be a tall order given that the encryption methods need to be integrated into the processors from the get-go, meaning that IBM products will for now be the vanguard of this new technology.

The basic idea is that if the encryption is already in the processor, then it will be all the more difficult to hack into that encrypted data. Add an extra level of security, and your mobile phone or MP3 player might be as close to being hacker-proof as is humanly possible.

Intel and PGP already offer something similar. The difference with SecureBlue seems to be that you will soon see this increased encryption in video games from Sony and Nintendo, as well as other significant IBM products, and that the technology might soon spread across the board, maybe even to Microsoft devices.