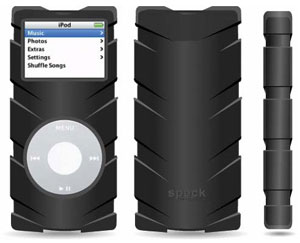 This rumor has a bit of a suspicious tone to it, but it will excite iPod maniacs enough that we pretty much have to report on it. Want to see a 5GB or 10GB iPod Nano? It could happen as soon as the end of May if two bloggers can be believed. The story goes that they were walking through an electronics market in India when they saw a sign advertising 5GB and 10GB Nanos. They initially laughed, but then they saw that the merchant was Apple Authorized. Upon talking to the merchant they were told in no uncertain terms that the two new Nanos were expected by the end of May. No price information was given.

It all seems a little too convenient – why would an obscure retailer in India be among the first to know, and why was he advertising it? Still, it is worth thinking about because it kind of makes sense. There is a big gap between the 4GB Nano and the 30GB 5th generation iPod. Apple might as well fill the gap successfully before someone else does. That being said, I’ll believe it when I see it.