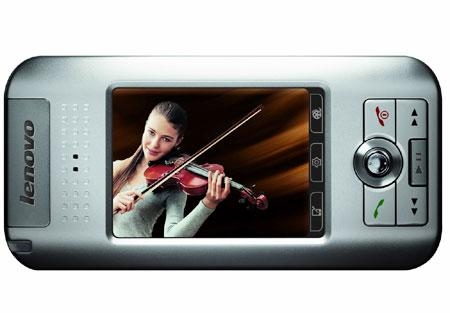 Owning the “ThinkPad” badging just doesn’t suffice anymore for Lenovo, and that is why the company is launching the all new i921 smartphone to take on giants in the industry like PalmOne and HTC.

Lenovo is already known as a phonemaker in China, but not really recognized for that side of the business anywhere else. With the i921, that might change because this handy handset comes with a QVGA touchscreen display, Bluetooth connectivity, and a 2.0 megapixel camera to boot. It takes miniSD cards for expansion, and presumably has some good multimedia functionality built in.

Word on the street is that the Lenovo i921 will be running on Windows Mobile 5.0, though there has been no confirmation from the company. The 123 gram smartphone operates over GSM frequencies, and there doesn’t appear to be a visible keypad, so one would assume they are using some on-screen interface for making calls. No indication regarding pricing or availability.