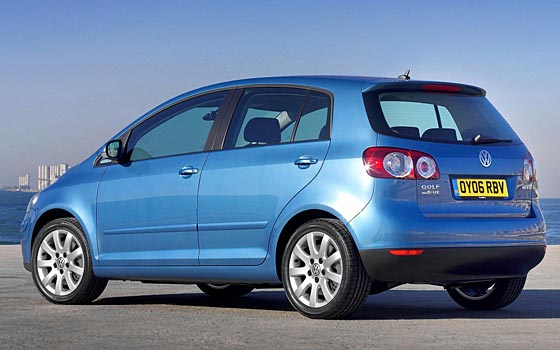 Sometimes it’s hard to find the right fit for a car. You want something reasonably small – as to save on fuel consumption – but at the same time, you want some extra room in case you have some extra cargo to lug around. Volkswagen addressed this in-between market with the Golf Plus a little while back, but now the automaker is giving its 5 door hatchback a couple of upgrades.

They’ve ousted the old S model – the cheapest version of the Golf Plus – in favour of what they’re calling the “Luna” trim level. As far as the engine, suspension, and things like that, you can probably expect those to remain unchanged, but the Luna will include alloy wheels and body-coloured bumpers for a sleeker, more refined look. And yes, there’s finally a front centre armrest.

The 1.4L-powered grocery getter doesn’t get into the upper echelons of pricing, despite these upgrades (worth about £800 according to the people at VW). In fact, the price for the Golf Plus Luna 1.4 is the same £12,995 as the old S model. And yes, if you haven’t figured it out already, this is probably not going to be a North American release any time soon.