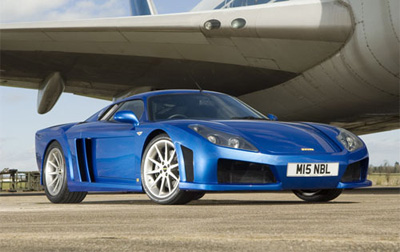 It’s not often that supercars get described as “mature.” Yet here is Noble introducing the new M15, which the company says is “a more mature Noble.”

It certainly is something that is designed for you to drive every day, although some of its features are certainly meant for faster speeds than driving to the supermarket for a quart of milk. To start with, you get 455 horses under the hood and a 3.0-liter twin-turbo engineÑnot bad for getting to the Home Depot and back. Then there’s the acceleration factor, which is from 0 to 60 mph in just 3.5 seconds, with a top speed of 185 mph. Probably don’t want to do that on any highway likely to be patrolled.

You also get satellite navigation, which is an extremely nifty feature to sport these days, and a full 10.6 cubic feet of luggage space. (That’s a bit more than the slightly less practical Noble M12).

So should you take founder Lee Noble’s advice and drive this car every day? Pricing starts at about US$130,000, you decide.