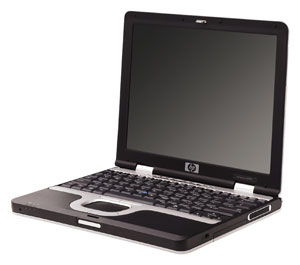 Remember many moons ago when it was incredible to get your hands on a Wi-Fi card for your notebook? Imagine my reaction when the portable computers started having that capability built right in. Well, it’s been quite some time since those days and we’re undergoing a similar evolution in laptop technology because HP plans on launching some business notebooks with integrated UMTS/HSDPA connectivity.

Following in the footsteps of announcements from such companies as Dell and Fujitsu-Siemens, HP will soon have laptops that can quickly and easily connect you to the internet (and Mobile Magazine) no matter where you are in the world. You’ll be able access Cingular’s BroadbandConnect service, for example, or take advantage of high speed UMTS when you’re on a business trip overseas.

They haven’t released any more deets or specs on these units yet, but I wouldn’t be surprised if we found a few Core Duos in the bunch among other juicy tidbits. No date has been set in stone – they only go so far as to say it’s a little later this year.