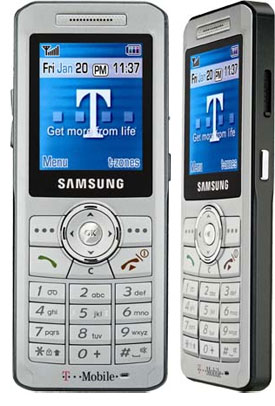 Samsung is gearing up to challenge Motorola in the slim line category by launching the t509 mobile phone in the United States.

At 9.8 millimeters thick, it will become the thinnest phone in the country. And yet, would you believe that the unit even has an integrated camera despite its size?

Motorola currently dominates the U.S. market with its Razr series. Samsung could very well compete with Motorola as the SGH-T509 is 1.7mm thinner than the latter’s Slvr.

The t509’s shape resembles a thin chocolate bar, covered in a sleek and trendy casing. It also has an impressive color screen which is great for viewing images and videos.

You could easily link up with other units as connectivity is via Bluetooth technology. It also supports EDGE which enables you to surf the net and download files at faster rates than regular GSM phones.

The Samsung t509’s launch will be made this week at the CTIA Wireless show in Las Vegas. It is currently competing with Nokia and LG Electronics for the second spot in the market. On a global scale, it lags behind Nokia and Motorola in overall mobile phone sales.

The Samsung t509 will be commercially available by the second quarter from T-Mobile.