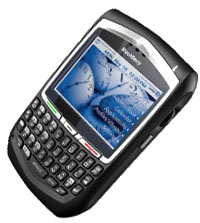 Research in Motion has just announced that it will be offering Yahoo online services such as online search, instant messaging, e-mail and daily news on its BlackBerry handhelds. The service will be rolled out to 160 carriers in 60 countries in the coming two weeks.

Although terms of the collaboration have not been released, Yahoo Connected Life senior VP Marco Boerries called it ‘significant’.

The move is seen as part of RIM’s efforts to push BlackBerry mainstream, positioning it to encompass everyday users. At the same, it of course expands its service to existing clientele.

So how do you get Yahoo online services on your BlackBerry? Current patrons will have to use a bookmark on their handsets to install the required application. New BlackBerry users will most likely have the Yahoo services pre-installed.

As for Yahoo, this development enables it to extend its services beyond the confines the desktop to the mobile market. Its Yahoo Go service, however, will also be provided later 2006.