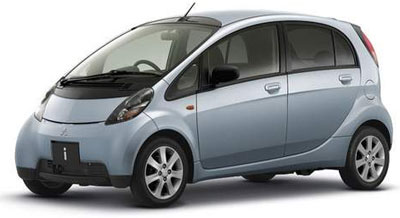 If you’re a fan of the really little gas efficient cars, like the Smart car, then you will be interested in the new i-Car that Mitsubishi is testing in the U.S. for a possible American release. It is currently a hit for the company in Japan, with its surprisingly well performing 660cc engine. It kicks out 63 horsepower, which is much more than you might expect. Still, it is designed primarily for city use, where it can accomplish 40 mpg. That is nice mileage, but not as nice as it could be.

Mitsubishi is just driving two of the cars around L.A. to gauge customer reaction. They also want to see how well the car is suited to American conditions and if the engine is sufficient for the market. They are doing a similar test in the U.K. If the results are positive they will make them available. At the right price (i.e. – low) it could make an impact.