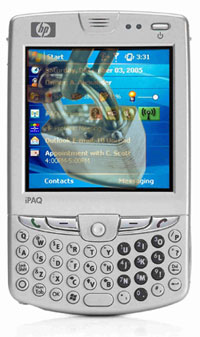 We’re still waiting on an outcome to the whole France versus Steve Jobs fiasco, but in the meantime, DRM is still in the hotseat for a variety of reasons. Digital Rights Management is not only at the forefront of MP3 players, because with the evolving world of cellular phones, there is so much incredibly rich content to be had as well.

As such, companies want to protect it and “give consumers what they want – seamless experiences with premium content on a wide range of mobile devices,” according to Kevin Johnson, co-president of the Platforms & Services Division of Microsoft.

You see, the company announced that they will be putting “significant investments” into DRM technology for mobile devices, like cell phones, PDAs, and others gadgetry of that ilk. They haven’t attached any specific details on the deal, but it was brought on by the company’s wireless partners.

Microsoft’s Windows Media DRM is the most widely used technology of its kind, and with further investment, you can only expect that to continue.