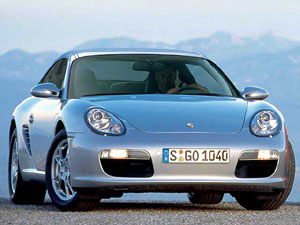 The World Car of the Year Award is only in its second year, but the winner, which will be announced next week at the New York Auto Show, likely won’t complain. There were 27 cars on the long lists of finalists, but the winner will be chosen from a short list of three cars. The finalists are from two European classic makers and a strong and rising Asian force. They are the BMW 3-series, Porsche Cayman S and the Mazda MX-5. The Audi A6 won last year.

The same organization will award two other awards at the same time. The World Green Car of the Year winner will either be the Citroen C1 1.4Hdi (diesel), Honda Civic Hybrid and the LexusRX440h/Toyota Harrier Hybrid. The BMW 3-series, Citroen C4 and the European Honda Civic/Civic Hybrid are up for the World Car Design of the Year award.