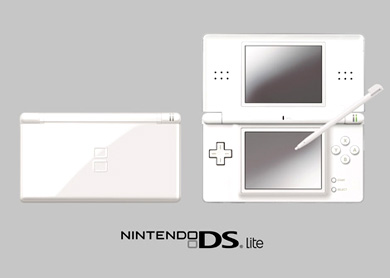 Nintendo’s dual-screened handheld gaming machine has been a huge hit in Japan, and the version on a diet – the DS Lite – flew off the shelves on opening day, selling out across the country. Well, the popular portable gamer is finally making its way to North America, much to the delight of Nintendo fanboys across Canada and the United States.

Destined for local retailers some time next month, the Nintendo DS Lite is coming just in time for the new Super Mario Bros. DS title. The upgrades this time around, as you may already know, sound a lot like what the Game Boy Micro did for the Game Boy Advance SP. The displays are brighter and crisper, the Lite is only 2/3 the size as its full-size companion, and weighs 20% less to boot.

No word on exact pricing, but expect the difference in pricing to be similar as that found with the Micro and Gameboy ASP.