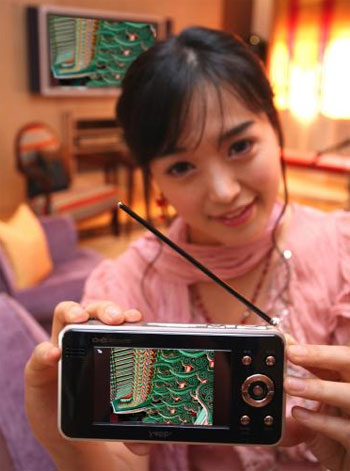 It’s been a long time in coming, but the YM-PD1 is finally here. Samsung’s delayed portable media player has been formally unveiled and now has a price tag.

First seen at the Korea Electronics Show last fall, the YM-PD1 has a 4″ LCD display and offers all sorts of multimedia output, including WMV video, WMA audio, BMPs and JPGs, MP3s, DMB TV, and even FM radio. Did we mention memory? The internal hard disk has at the least 20 and at the most 30GB, and card storage is via SD/MMC. It’s a recorder as well, of both television and voice.