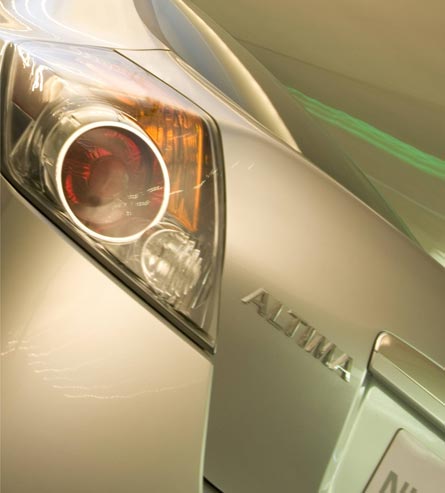 They’re still teasing us about the new redesign, but what we do know for sure is that the 2007 Nissan Altima is going to be at the New York Auto Show, which opens its doors on April 12. While it’s still not particularly clear what the outside appearance will be, other than what they’re calling “more Infiniti-like styling”, they have spilled the beans on some juicy internals.

The new Altima is built on the all-new “D” platform, which makes the boat-like feel of the current Altima a thing of the past – this new platform provides better body rigidity, and will be mated with a redesigned suspension. The transmission will likely be of the CVT (Continuously Variable Transmission) variety, making use of “Nissan’s Xtronic.”

Two engine choices are expected – an entry-level 2.5-litre four-banger and heftier 3.5-litre V6 – sounding an awful lot like the current generation. Actual pictures and (hopefully) prices should present themselves next week. Stay tuned.