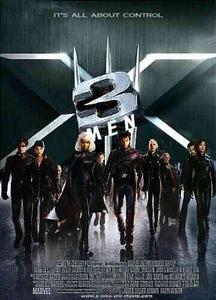 X-Men is arguably one of the most popular and successful movie franchises based on a comic book, and the third instalment of the series will be packing movie theatres this summer. Of course the film will be accompanied by who knows how many tie-ins, from action figures to video games, including a mobile game for your cell phone.

To make sure that the mobile version is in line with the film, they hired movie scriptwriter Chris Claremont to storyboard the cell phone game, with events taking place both before and after the time period of the movie. There seem to be a few different versions of this game coming out, catered to different handsets, though exact details have not yet been released.

Hack and slash your way through your enemies with Wolverine, blast them away with an optic beam as Cyclops, or, if you’re feeling a little bold, toss random metal shards at them with Magneto. Enemies are said to include Pyro, Lady Deathstrike, Silver Samurai and Master Mold.