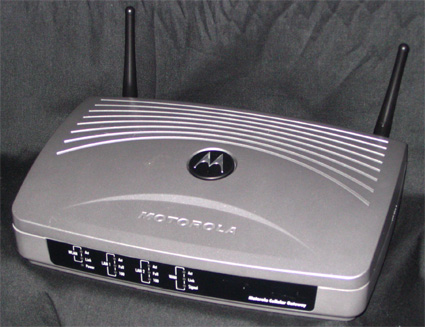 It seems that Motorola is on the cusp of releasing the NC800 3G Wi-Fi router, as the device has shown up on the FCC website, presumably pending approval.

According to Engadget Mobile, this device will not be carrier-independent, nor will it have a PC card slot to open up your wireless broadband options. Instead, you’ll get your “everyone else already has this” 802.11b/g, in addition to EV-DO Rel. 0 connectivity.

The design isn’t jaw-dropping, but I guess when it comes to routers, no one really cares what they look like, because they’re meant to be used and not seen. We’re still waiting on an official announcement concerning pricing and availability.