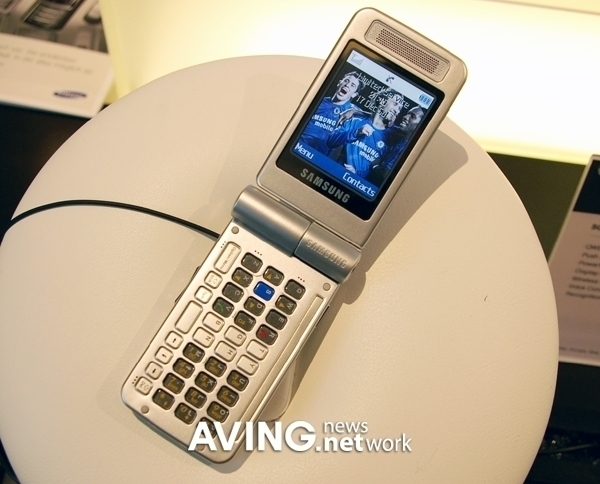 And here I am thinking that the CeBIT trade show was done and over with for another year, but the news just doesn’t stop pouring in. With so many products on display, it’s easy for a juicy tidbit or two to fly under the radar. One such gadget is the Samsung SGH-D300 business phone, a clamshell that can be used either in portrait or landscape orientation.

Flip it open along its length, and you have a full QWERTY keyboard for all your email (Blackberry Transport v2.0) and PDA-esque needs; open it along its other hinge like a regular cell phone and use as you would any other clamshell. Play back your favourite videos on the 262k color TFT display, and jam away to your tunes with the built-in MP3 player.

Other features include voice recognition software and Bluetooth connectivity, though it seems to be lacking a camera. Let’s hope I’m wrong on that last bit, because I really want one of these phones! No word on pricing or availability, but as with most cool Samsung handsets, this one probably isn’t destined for North America either.