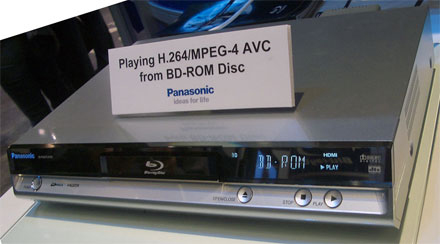 We finally have a release target for Blu-ray players. Panasonic says it will start rolling out their version of high-definition DVD players in September, with an initial price tag not to exceed US$1,500.

Panasonic is so confident of its sales potential that it has predicted sales to be 5 million in the first year. That figure includes standalone players, computers, and gaming systems. Sony, which has pledged its support to Blu-ray in the hi-def battle, will feature the format in the PlayStation 3 game consoles, to arrive this fall as well.

Panasonic may be excited about this fall release date, but it will come several months after the expected release of HD DVD players. By the time of that Panasonic gets around to releasing its Blu-ray players, will it be too late?