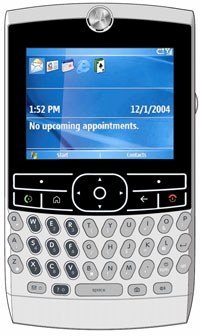 Microsoft and Apple are headed for yet another collision course. Microsoft is increasingly dominant in smartphones and PDAs with their Windows Mobile platform. They are now keen on taking that expertise and moving into Apple’s domain.

Steve Ballmer, CEO of Microsoft, has confirmed that they are working on an iPod competitor. They are going to take it a step further and combine the iPod clone with a phone. Apple, of course, has long been rumored to be working on an iPod phone of their own.

“In five years are people really going to carry two devices? One device that is their communication device, one device that is music? There’s going to be a lot of opportunities to get back in that game. We want to be in that game. Expect to see announcements from us in that area in the next 12 months”, said Ballmer. Apple is reportedly close to the release of their own phone, which means Microsoft could be behind by the time they enter the market. On the other hand, Apple will prove and develop the market for Microsoft. People will be used to the combined devices and accepting of them by the time Microsoft enters.