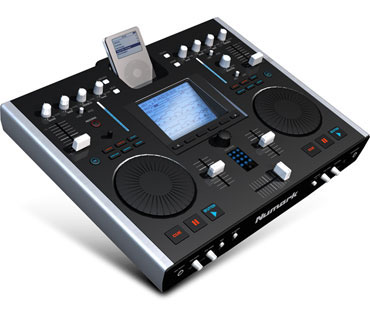 This is for the disk jockey in you.

Numark is expected to launch the successor of its iPod mixing device this week. While the iDJ2 is supposed to be an enhanced version of the original iDJ, the former has been stripped off of one iPod dock (its predecessor has two). However, the iDJ2 can play two songs at the same time from one iPod.

If you have that disk jockey itch, then the unit’s mixer will relieve you from that, it allows real-time scratching. It finally offers pitch control too, as well as looping and complete cueing of audio from the iPod.

The iDJ2 features back panel USB ports. This would enable users to play music from other USB units such as storage devices.

At the center of the device is an LCD that shows waveform illustrations, line inputs for all music source or media, and visual-track profiling. The iDJ2 also allows audio recording to an iPod or to any USB storage device.

The iDJ2 maker has yet to make an announcement as to the availability and price of the new unit.