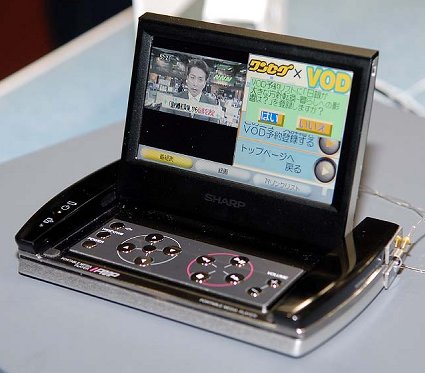 Mobile television is no passing fad. It’s clearly here to stay, and its popularity is growing very rapidly. A broadcaster in Japan, NTV, has recognized that watching TV at home isn’t going to be the only stream anymore, and as such, is hosting an expo in Tokyo showing off a wide range of nifty gadgets and technology from leading Japanese manufacturers.

It can only be expected that the floor is filled with cell phones that do the portable video thing, but there are actually two innovations that should be of note. Panasonic is developing a system that would send terrestrial digital broadcasts into trains, making the daily Japanese commute a little less mundane. What’s more is that the sound won’t flood the subway, but would rather be sent wirelessly to individual rider’s headsets.

Sharp is in the picture (literally) with its portable media player that can grab video-on-demand through a Wi-Fi connection, and store them on some on-board memory to view whenever you happen to have the time to view it. Engadget has dubbed this device with what must be one of the longest – but most descriptive – strings of short acronyms: an IPTV VOD DVR PMP.