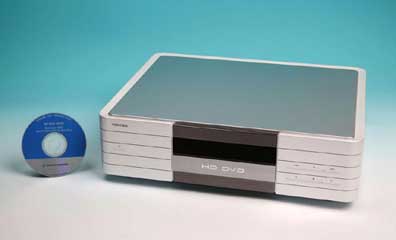 Another delay for hi-def DVDs.

Toshiba has postponed the release of its planned line of HD DVD players until April. (The original release date was sometime this month.) The company says that this decision was made in order to be in line with hi-def releases from major movie studios.

Toshiba’s main competitor in the high-definition DVD war is Sony, whose Blu-ray disc DVD players will be ready for American consumption this summer.

As a consumer, you’ll need to pay more attention to which studio releases your favorite movies, as well. Universal and Time Warner are backing Toshiba’s HD DVD format. Blu-ray is the format of choice for MGM, 20th Century Fox, Disney, and (of course) Sony.