The MP3 player market is pretty crowded, with nearly every electronics maker releasing a portable music player of some kind. Hitachi is well known, but far from being the biggest name in anything, and they’re trying to capture their piece of the MP3 pie with three new DAPs. Feature-wise, the three players are very similar, so it really is just the look that will set them apart.

The HMP-F3 and HMP-D3 both feature 512MB of flash-based memory. The F3 is your standard rectangle – looking much like your regular run of the mill USB thumb drive – and it is the only model in the trio to come with a line-in port. The D3 takes on a teardrop pendant form factor, and will play MP3s, WAV, WMA and PlaysForSure, much like its two cousins.

Interestingly, the little squished square HMP-S3 – available in yellow or white – has no built-in memory whatsoever. Instead, you’ll need to shove a SD card of your liking into the unit to be able to play anything. There is no mention of an FM radio on any of these units either, but they are claiming 35 hours of battery life. No word on pricing or when these will come to market. 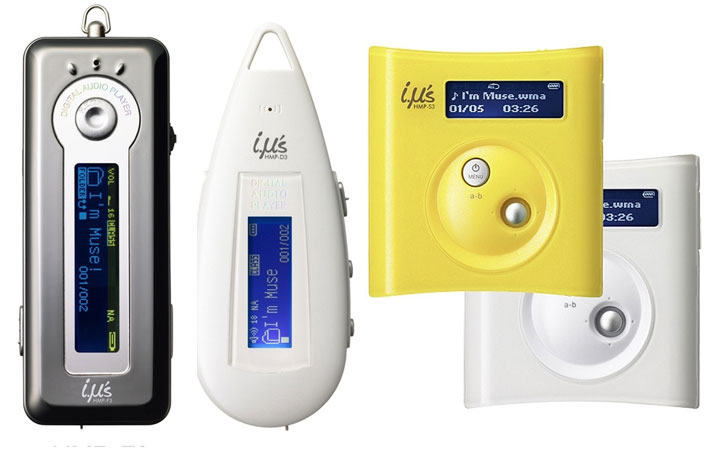