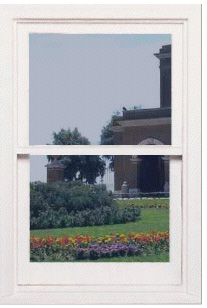 You’d expect to find something called the CleanTech Forum in San Francisco, and there it is, taking place this week. The three-day conference is dedicated to the melding of ideas behind technology and concern for the environment.

Among the highlights so far:

Smart Glass, which is coated with a special emulsion that turns dark in bright sun or becomes clear when darkness falls. You the executive can even flip a switch and change the tint. According to John Petraglia, the CEO of SPD Control Systems, one of the main makers of the new technology, companies can slash their electricity bills by up to 20 percent because of the increase (or decrease, as the case may be) of sunlight streaming in.

Synthetic gasoline, created by ClearFuels, a company out of Hawaii. The idea is to take dried biomass and turn it into an intermediate product, which can be made into ethanol, which can be mixed with traditional gasoline. Eric Darmstaedter, the CFO of ClearFuels, said his company could make 200 gallons of synthetic gas from a ton of biomass, which is double the amount that can be produced using traditional methods.

Extengine, an exhaust system add-on for diesel trucks and buses that uses ammonia to convert exhaust nitrogen and oxygen into nitrogen and water vapor, making the ultimate exhaust far less harmful to the environment. With the increasing focus on stricter emission standards, this invention is sure to catch on.

Ice energy, which is an old idea given new life. The company is named Ice Energy, and the company’s Ice Bear system manufactures ice in huge quantities and stores it in a copper tub lathered with insulation, for distributing of cool air via a storage module that consumes much less power and is more eco-friendly than traditional air conditioners. Large companies that have installed this system have seen their fuel bills drop by 15 percent.

Street light power cut. A company called Metrolight has developed equipment that can replace control systems in streetlights and industrial light fixtures. The idea is to streamline the amount of electricity going to these lights. Metrolight founder Yigal Yanai is targeting the so-called electricity “waste” that occurs when a flood of electricity is thrown at a light fixture or streetlight without regard to how much power that light needs. Metrolight aims to more accurately predict and deliver how much power is needed, thereby cutting “waste” and, of course, costs.