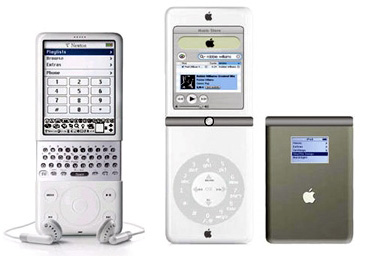 Building upon our previous reports of an Apple Computer branded mobile phone, a procurement executive at BenQ has confirmed that the iPod maker is on the hunt for a manufacturer of the device, according to reports from Smarthouse.com.au.

They say that the iPhone is coming, probably in late summer, as soon as Apple finds manufacturers to make the parts in large quantities at the price they will pay, an iPhone will materialize.

We don’t have final details, of course, since Apple is notoriously secretive about such things. But we do have a rendering of what this iPhone may look like.