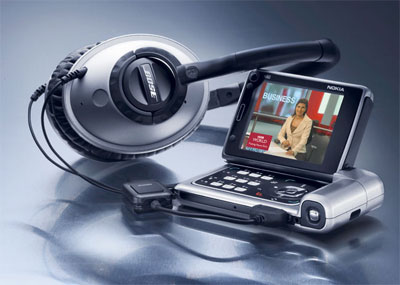 A big name at Nokia is predicting the demise of dedicated music devices and video camcorders, saying that they will be supplanted by mobile phones.

Anssi Vanjoki, the chief in charge of the Nokia multimedia department, was quoted as saying that, among other things, in a statement released on Tuesday.

It is probably no surprise that the Finnish mobile phone maker is the seller of tones of cameraphones and music handsets each year. Indeed, Nokia made 100 million cameraphones last year. That total made Nokia the largest manufacturer of cameras of any kind anywhere in the world.

We have chronicled on this sight the demise of various elements of the photo industry, which Nokia predicted back in 2000. Now, Vanjoki says, mobile phones will supersede both MP3 players and video recorders as the handset of choice in the next several years.

Nokia made 40 million music handsets in 2005 and intends to make twice that this year. Camcorder functions are becoming increasingly common on smartphones and lower-priced phones as well.