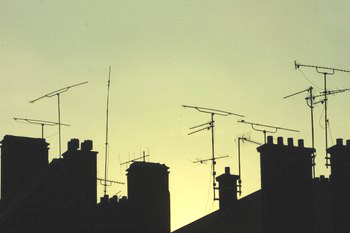 The big players in the telecom market are probably wishing that what happens in Vegas doesn’t stay there.

What is likely to be on nearly everyone’s hot list this week, however, is television, according to industry analysts. With the consolidation of major players in the telephone market, their competitors have been forced to pursue other communication avenues, such as video and VoIP. That hot new technology is likely to be discussed prominently during a great many keynote addresses, along with its application to video.

Yes, it seems that video now rules the telecom roost. Phone companies are now offering TV as part of their packages to consumers. If you live in Texas or Florida, you know this already, especially if you’re a Verizon customer. AT&T has also been offering television service through its network. Conversely, Time Warner Cable is now offering phone service.

Trying to keep track of who is offering what can make your head spin sometimes. Suffice it to say that you will soon find it far easier to find low prices on bundled service, since nearly all of the big players in both the traditionally telephone and the traditionally television industries will be fighting with one another to offer you the consumer the best and lowest-priced options around. Don’t think of Ma Bell as just a phone company anymore. She can let you watch Survivor just as easily DirecTV can.

It’s not just the wired folks, either. Wireless video is here and can be sent to you along the same digital network subroutines as your wireless phone and Internet connectivity.

Verizon, AT&T, Disney, Time Warner, Intel, Cisco, Nortel—they’ll all be talking up a storm in Las Vegas this week. The odd thing this year is that, perhaps as never before, they’ll be talking about basically the same things.