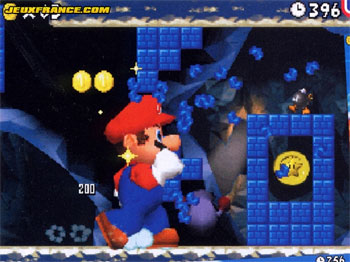 Everyone’s favourite plumber will be back at it again in Super Mario Bros. DS this May.

The title, which is of course for the dual-screened Nintendo DS, will contain over 80 levels of play, so you should be entertained for quite some time before you inevitably face off against Bowser in a final battle of some sort.

“If it ain’t broke, don’t fix it” seems to be the driving philosophy behind SMB-DS, because this title puts the focus on traditional gameplay, just like the original Mario Bros. series of games. The graphics will be set in 2.5-dimensions, so to speak, because it appears the actual gameplay is 2-dimensional, but the characters are being rendered in three dimensions.

Now, if only someone can explain why Mario gets to grow to literally awesome proportions.