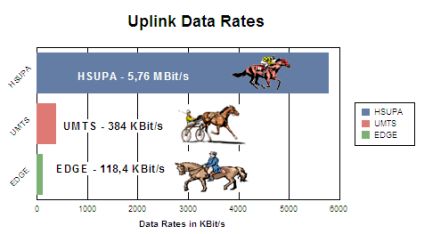 You can already choose from a good selection of handsets that can not only do the regular GSM or CDMA thing, but can also make and receive calls via VoIP. That said, those two sets of calls will come from two different service providers, until at least next year according a report from Daily Wireless.

Carrier-sponsored VoIP likely will not happen with the current generation of phones, because they need to upgrade their data networks before it can happen – this will probably be near the end of 2007. On the GSM side, they already have HSDPA going on, taking care of the downlink, but they need to roll out HSUPA (high speed uplink packet access) to make VoIP work. For CDMA, there’s a similar picture: they already have EV-DO, but an upgrade to Revision A is necessary so that the upload speeds will be up to snuff.

Verizon is trying its hand at EV-DO Rev.A, a technology that can handle 3.1Mbps down and 1.8Mbps up, and hopes to jump into the VoIP game soon.