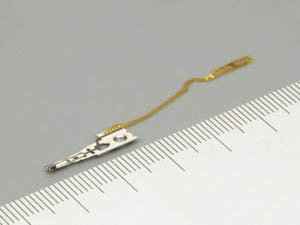 The development of hard disk drives might get a significant boost sooner than expected.

ALPS Technologies has announced that it will unveil at a trade conference in May, an advanced recording technology with a new type of thin-film recording head. The key number is 170 Gb/in (squared), the areal density potential of the recording head.

The technology uses the ALPS trademarked Tunneling Magneto Resistive recording process, this inserts an insulating layer between two layers of highly resistive film. ALPS intends to have this technology ready for duplication by the end of the year, perhaps earlier.

The significance in all of this is the possibility of a super-dense hard disk drive at the standard 2.5-inch size. Seagate currently is the industry leader, with areal densities of 132 Gb/in (squared). The ALPS technology would be an upgrade for certain. And its availability in just a few months would be welcomed by a great many in the industry.