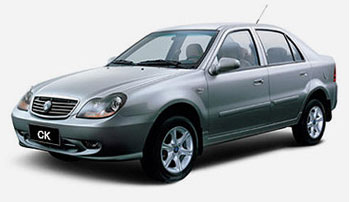 American car makers are already struggling to make it work, but now they face another low cost competitor in the U.S. market to further erode the margins on cheap cars. Geely, the Chinese car maker, will be selling vehicles in the U.S. starting, if all goes to plan, in the fall of 2008. The cars will start at a ticket price of just $10,000. For that prices you would expect something pretty basic and you’d mostly be right. There are a few surprises, though. Their ‘basic, functional auto’ comes with standard power windows, air conditioning and CD player.

Geely first showed off their wares at the Detroit Auto Show this year and the reception was lukewarm at best. Still, there is almost certainly a market for the cars among people who want a new car and are drawn to the low price. The company plans to sell the car through existing dealerships.