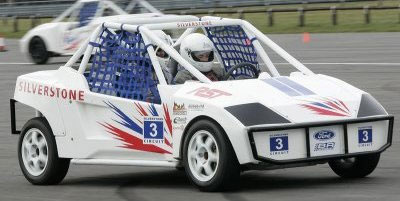 If you’ve ever watched a rally car race on TV, you have probably had two questions. First, what in the world is the passenger saying all the time? Second, where can I try this? If you are desperate to try rally car racing, you can head to Ford’s new RST Rally Academy at Silverstone in the U.K. There, you can learn how to slide your corners and narrowly avoid trees.

Students will us a Ford Rally Sport Trainer, or RST, to learn. It’s a two seater with a tubular steel frame to protect you when you inevitably roll it. It’s powered by a 1.3 liter, four cylinder engine, so it likely won’t go faster than you can handle. Though the Academy is in England, the cars are left hand drive, so North American and many European drivers will be at home behind the wheel. Kids as young as 10 can learn to drive at the Academy. Sign me up.