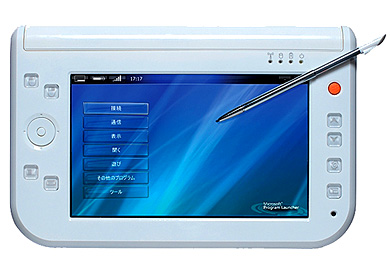 Now that the Microsoft Origami project is out of the bag and into the open, it seems like these ultra-mobile PCs are popping up everywhere. It’s as if they all knew all along. Well PBJ is set to release this Japanese version of the UMPC, dubbed the Smart Caddie.

Based on the picture provided, it seems the OS is in Japanese, and most likely the PBJ Smart Caddie UMPC will be a Japan-only release. At least, for now.