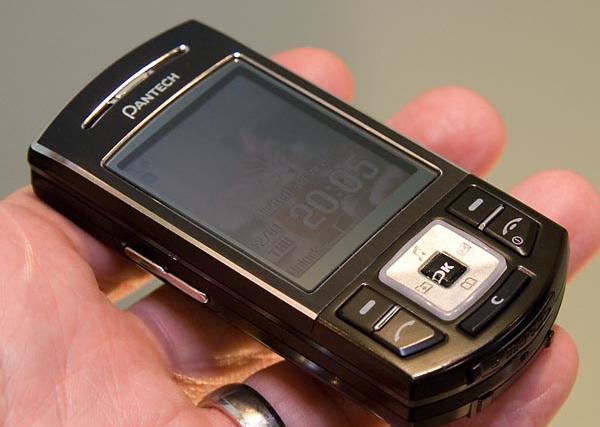 Pantech has certainly started making big strides not only in its home Korea, but the cell phone manufacturer is also gaining worldwide recognition for fashionable, innovative handsets. The company has got a hot new mobile with a sliding form factor, complete with an etched metal keypad reminiscent of the SLVR or RAZR.

Weighing in at a mere 90 grams (3.2 ounces) and at 16.9 mm (0.7-inches) thin, this is one small phone. That’s not to say that the G-3900 comes short on features. Quite the contrary, actually, because the 1.9-inch 262k color screen is adequate (though only at 176 x 220 resolution), the 2 megapixel CMOS shooter is great, and you’ll find full support for things like Bluetooth, video recording, and music playback.

If you happen to be in Hanover, Germany, you might want to wander over to CeBIT to get a closer look at this new Korean-made GSM handset. Pantech has officially announced it yet, but a company spokesperson did indicate that a more official launch is expected for the third quarter, and the G-3900 will be first offered to the Russian and South American markets.