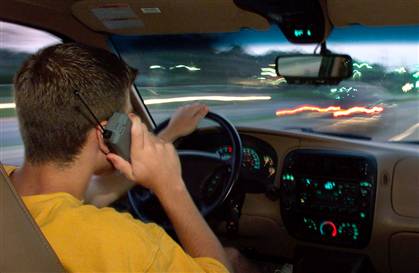 Statistics don’t lie. We all know that young drivers are involved in far more at-fault accidents than people who are more experienced, and one of the primary factors involved much of the time is distraction. That’s why in certain jurisdictions, new drivers cannot have more than a certain number of passengers, and why driving instructors typically ask their students to turn off the radio while driving. Distractions lead to disasters.

Cell phone usage while on the road is a huge problem, and has been implicated in a number of fender benders. Following in the footsteps of such states as Virginia, the Oklahoma Senate has given the go-ahead for a law that will ban cell phone usage by teenage drivers. However, unlike some other states, you’ll still be able to call up your buddies while driving because the law does not ban the use of hands-free headsets. I guess they’ve determined that it may not be the chatting, per se, that is causing accidents, but it is when the eyes come off the road — to check a text message or dial a number, for example — that problems arise.

“The Insurance Institute of Highway Safety says that motorists that use cell phones are four times more likely to crash,” explained Senator Clark Jolley. “We need to encourage our newest drivers who are just starting to learn to drive to actually keep their eyes on the road and hands on the wheel instead of text messaging their friends.”

It is now up to the House of Representatives to give the law the final a-okay.