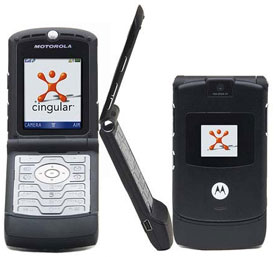 If you’ve got a CDMA RAZR from Verizon, last week’s news probably floated right on without you even noticing, but if you were in the market for a GSM version of Motorola’s uber-thin flip phone, you were probably pretty irked when Cingular and T-Mobile pulled the handset off their shelves because of some glitch from the factory.

We reported last Friday that a batch of Motorola RAZRs were unexpectedly dropping calls, so the company issued a blanket recall. Well, it seems like they’ve finally taken the bugs out of the system and everyone’s favourite slimmy is back again. Motorola lovers rejoice!

“We caught it and fixed it,” Chief Executive Edward Zander told reporters. “There were three or four days where we stopped shipments and went in and fixed it.”

Cingular has already started offering the phone again, and you can expect T-Mobile to follow suit a little later this week. And no, both service providers probably won’t be offering you a discount or deal because you had to wait a weekend to get your hands on a RAZR. And yes, you still want one.