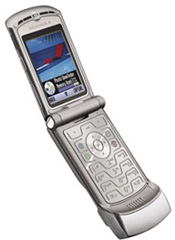 You might be wondering why it seems so hard to get your hands on a RAZR these days. Sure, they’re hugely popular and everybody wants one, but you would think that Motorola would be able to keep up the supply, right? But then why is it so easy to nab a CDMA version, and nearly impossible to pick up a GSM one?

Well, word is that Motorola has discovered that a number of their GSM RAZRs are defective, and have not only begun to delay shipments in order to check up on it, but have also asked carriers to send them back. That’s right. If you’re a current or prospective Cingular and T-Mobile subscriber, don’t expect to get a RAZR anytime soon. It seems the uber slim handset has a tendency to randomly drop calls and reset.

Don’t lose any sleep over this however, because it just seems to be a momentary delay. According to Motorola’s Global Director of Public Relations, we should be expecting shipments to resume “in a matter of days.”