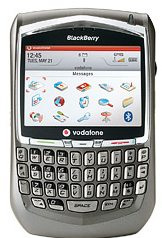 Now that its immediate danger is over, BlackBerry maker Research in Motion is on the prowl again, releasing an updated version of its corporate server and buying another software company.

It’s probably no coincidence, either, that the recently purchased software company makes software that links desk phones to handhelds. Ascendent, based in San Jose, Calif., specifically makes technology that will allow BlackBerries to simulate a private branch exchange (PBX).

Research in Motion also announced the development of Enterprise Server 4.1, the latest suite of offerings for its popular handheld devices.

Taken together, these development suggest that the makers of Blackberry see a rosy future ahead for their handheld devices.