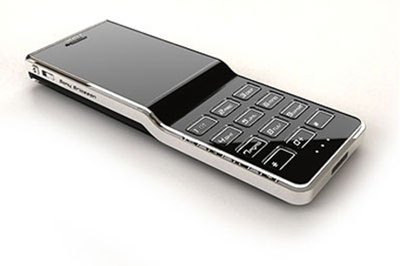 Contrary to popular belief, not all sleek looking cell phone designs have to come from Korea. After all, Motorola’s RAZR is perhaps one of the most popular form factors ever conceived, but that doesn’t mean that Sony Ericsson has nothing to offer. Quite the contrary, this new Black Diamond concept is looking incredibly hot, especially the “borderless screen” effect.

This was achieved by throwing on a layer of polycarbonate, coupled with integrated a screen based on OLED technology. Although candybar style handsets might not be as popular as swiveling, sliding, or flipping phones, this Black Diamond idea can certainly grow into those form factors down the line, much like how the RAZR morphed into a SLVR.

Not much is known about the Black Diamond handset designed by Jaren Goh, but based on the snapshots, it should include a 4.0 megapixel camera. The usual stuff will probably also be included, like Bluetooth support and all that jazz, but of course none of that is confirmed yet.