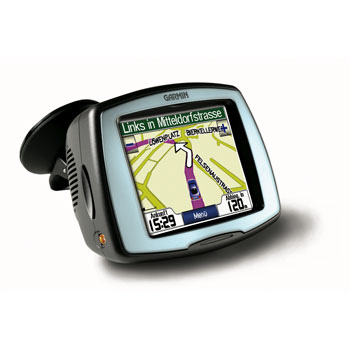 Garmin’s nuvi line isn’t the only set of GPS units getting upgrades this year. The electronics maker is set to release a couple of new units to its StreetPilot line: the c550 and c510. The Garmin StreetPilot c550 gets Bluetooth this time around, excellent for making handsfree phone calls while on the road. After all, you’ll have to keep your eyes on the traffic in front of you, as well as read the expected jam ahead thanks to the built-in TMC traffic receiver. In previous units, TMC functionality was an add-on, but it is now standard on the c550.

The StreetPilot c550 comes with voice notification, full coverage of Europe or the United States, as well as anti-theft locks. It can still be stolen, but will be made completely useless to thieves (so let’s hope they’re reading this article).

The StreetPilot c510 is a more basic version of the c550, lacking Bluetooth and TMC, but it’ll be cheaper than the $850 c550. If want a GPS unit soon, you might want to look into the c550 which drops in the second quarter, but if you want to save a couple bucks, you’ll have to wait until September to get your hands on a c510.