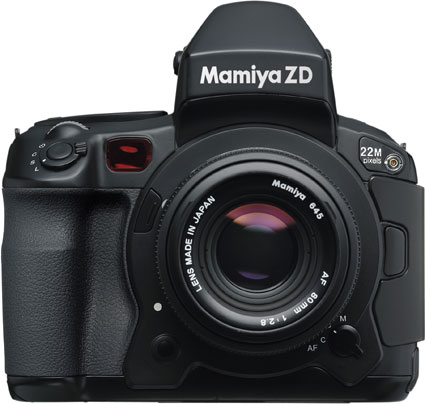 This news has been a long time in the making. We first heard about Mamiya’s monster 22-megapixel digital SLR shooter two years ago, and now it seems the ZD camera is finally coming to market. This was one killer camera when it was announced two years back, and it’s just as drool-worthy today as it was then.

With the exception of opting for a digital back, you really have little choice but to turn to the ZD if you’re in the market for a 22-megapixel SLR with a full-frame CCD. Of course, if you want to make use of Mamiya lenses, you’d probably want to opt for a Mamiya shooter as well. Memory comes in the way of either CF or SD cards, and the display is a not-so-huge 1.8 incher.

It seems that you can get your hands on the Mamiya ZD DSLR via the dealer channel now, but only if you have the extra $12,000 or so kicking around, plus however much extra you need to put on top for some lenses, because, well, they’re not included. But hey, that’s the price you pay for billboard-worthy snapshots.