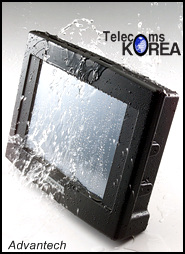 Maybe I’m just spoiled, living in the temperate Pacific Northwest, so a device like this is probably of little value to me. But for those of you who must endure harsh winters, or if you happen to be conducting scientific research in Siberia, having an on-board computer on your vehicle that can withstand extreme temperatures is an absolute must – that is, if having a computer for your car is a must to begin with.

Advantech Technologies has developed an “antifreeze computer for vehicles” named the TREK-755. It was designed with extreme temperatures in mind, being able to operate in 30 degrees below zero (Celsius). Under cold temperatures, the computer takes less than three minutes to boot up. Intense heat isn’t a problem either, handling 45 degrees above zero (Celsius) with the greatest of ease.

The high resolution 10.4 inch LCD provides heat to prevent freezing, as well as allowing for brightness control from 5% to 100%. Memory comes in the way of CF and hard disk support, in addition to a fan-less CPU, WLAN connectivity, and GPS functionality.