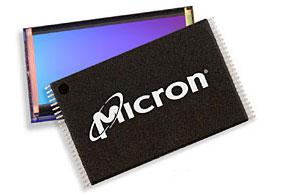 Intel plans to aid the transition of harddrive-less portable computers with a NAND flash integrated notebook solution next year. The NAND flash chips will be used to assist the system in quicker boot times and lowering power consumption, so those old platter drives are still kicking around, but who knows for how long.

Micron is Intel’s partner of choice for their NAND needs, the same company that sold $500 million worth to Apple for its iPods. It certainly helps that Micron also announced today that they have purchased Lexar Media, one of the world’s largest flash memory and memory card manufacturers, for $688 million in stock.

The new notebooks just might be running on the new Vista OS, so this would also be a perfect time to do a few other upgrades, like shoving in the NAND. Boot times of less than fifteen seconds, and battery lives in excess of a few hours just might be had, and as early as next year.