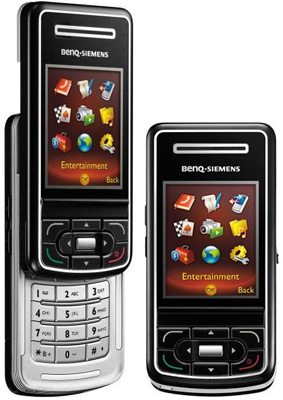 The company has also announced a deal with Google to bundle some software in their phones, allowing users to quickly access local area info, but not until April.

First up is the EL71 slider phone. Thought to be released as the last handset under only the Siemens banner, it seems this is going to be BenQ-Siemens product after all. It’s pretty generic-looking slider, but based on the button with the musical note, it’ll probably do some MP3 playing, though we don’t know for sure.

The E61 candybar is probably better known to most people as the Hermes B. It has some innovative multimedia buttons on the top of the handset, and sports a ho-hum VGA camera.

The C81 clamshell, CL71 sliding entertainment phone, and CF61 cameraphone make up the rest of the group.