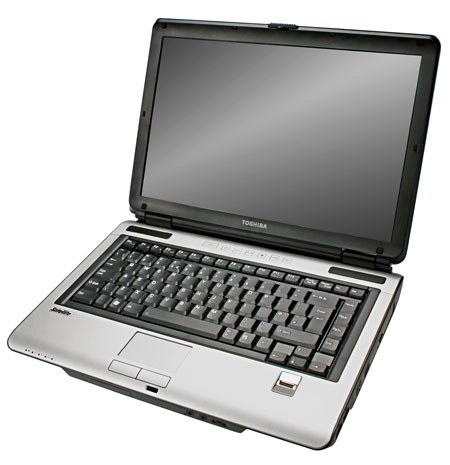 The folks at Intel are no doubt getting a workout these days, what with all the notebooks coming out sporting the chipmaker’s new Core processors. We’ve told you in recent days about new offerings from Hewlett-Packard and Dell. The latest company to jump on the Core bandwagon is Toshiba, which recently announced a series of notebooks that sport the Intel Core processor, either in Solo or in Duo mode.

It’s the Satellite M100 series, featuring a 14.1″ WXGA display (TruBrite extra) and a hard drive expandable up to 120GB. Perhaps the most astonishing feature is the RAM, which is expandable up to 2048MB. (That’s with the Duo processor, of course.) Now that should allow you to run just about every application you have installed on this new notebook all at the same time.

Another handy feature for those on the go is the Express Media Player, which lets you watch a DVD or listen to a CD without having to boot the OS.

Indeed, the computer weighs just over 5 pounds. Prices start at US$1,034.